A post over at Going Commando about comparing raid runs six years apart had a reference to Shintar having changed the level of zoom she plays with noticeably from the first run to the second. Playing zoomed out more seems to be a common requirement of raids in several MMORPGs: I have noticed how far zoomed out my husband has World of Warcraft when raiding on the retail game. It can be quite jarring just how different the same game looks at the extreme ends of the zoom control, I often have thought it almost feels like I’m playing an real-time strategy game of some kind when I’m max zoomed out in WoW. 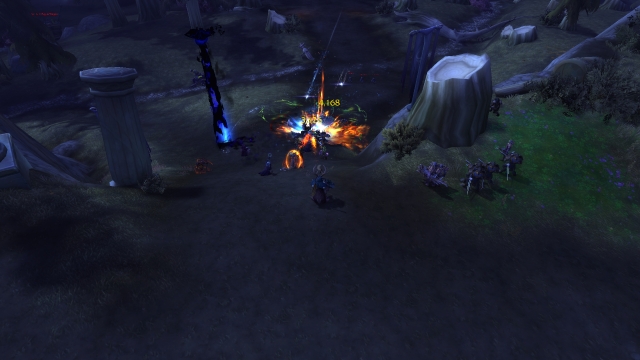 I normally play any MMO on a short-medium zoom level. It pays in most games to be actively observing around your character at least some-what, so I’ve never gotten used to playing in first-person or as zoomed in as possible. Out in the wild animals and monsters roam around. Your character can be an relatively clear area but still get ambushed by these meandering threats. The Fel Reaver in Hellfire Peninsula is the archetypal example for me that ingrained in me the default habit of staying alert to what is happening all around my character, and not just in front of him or her. 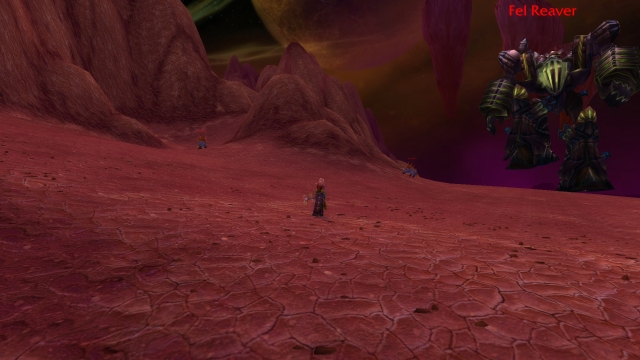 There are circumstances when I zoom out much more, of course, say if gathering in a dangerous location (like Hellfire Peninsula) or if I’m in a complex dungeon fight with environmental or boss mechanics that require particular observation. Equally I do enjoy observing the details of my characters surroundings, the furniture and objects in rooms or corridors and the flora in the wilds.

I do love a library

As I’ve written about before, there are default MMO-gaming skills that veteran players master, subconciously, as they play World of Warcraft or similar games. I instinctively watch around my character during group play as well as solo. It’s partially because I’m on the look out for particularly pleasing screenshot angles/vistas. I also happen to be instinctively on alert when playing in group content, I do tend to notice things early as a result. That means I’m regularly changing angle and, if necessary, zoom level to peep around corners or observe different possible approaches to our group. It’s so instinctual I never think about it, but it’s rare for me to do a dungeon run without varying the zoom level several times to suit the situation or confines of the area.

It makes for fresh perspectives and me noticing new details on almost every run of a dungeon, which is great as we do tend to repeat the same dungeons many times as we level or gear characters. The zoom level control is one of the little, fundamental aspects of MMORPG clients that can make quite a difference to the gameplay experience!

3 Responses to Zoom level in MMOs