A few random thoughts came together today when I thought of system changes in MMORPGs that I’d most want to undo. System changes in these online, ever progressing games are inevitable as it’s part of the value proposition to players that the game is expanded or ‘improved’ over time. Sometimes though game systems can changes for the worse, in my humble opinion of course…

Maybe I’ve just not progressed far enough in the new system, but I find the new(ish) crafting system to be utterly byzantine and confusing. I had several characters with highly advanced Leadership skill level, plus an advanced if not capped crafting profession. My Wizard was a skilled alchemist, my Cleric a master armorsmith and my Great Weapon Fighter (now called Barbarian) was a pretty good weaponsmith. 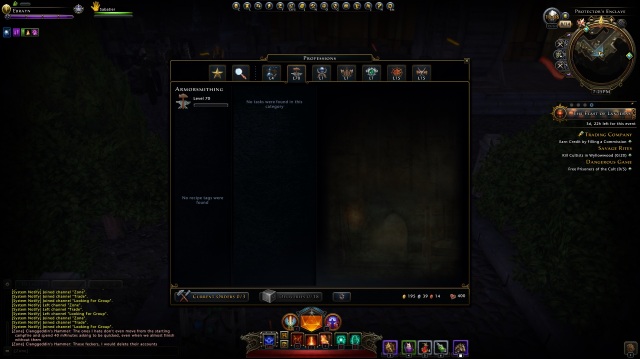 Although my skill level seems to have been retained it’s not at all clear how I should progress their skill now. The whole system is locked behind a set of quests, which would be a plus point were it not for the brake this has on just getting back to the utility the old system had. Also most of the old crafting materials have been rendered obsolete, so much of my saved materials are gone. I tried to progress the questline on my Cleric but lacked any of the materials. I couldn’t work out how to gather what I needed as some items didn’t even match what I could gather. Likewise when I’d bought some of the auction house, I then needed to craft items requiring what looked like expensive mats to meet the requirements of the NPC by the auction house, yet again I couldn’t work out how to obtain the necessary materials as they simply didn’t match what I could gather. 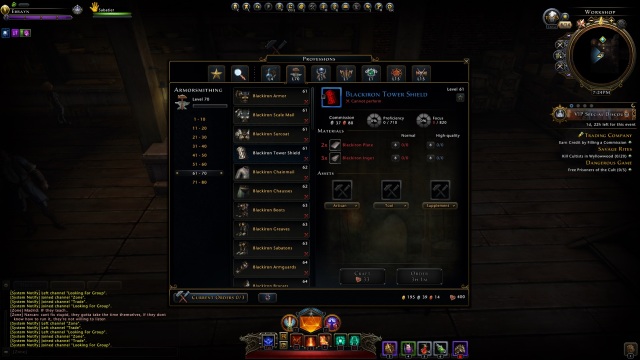 Change can be great, but I’m left not wanting to craft on any characters, a real shame as it was a good system. Remote workers were sent off via an order system that was easily accessible via a menu when ‘out in the field’. It fitted very well with the action-oriented combat and questing in the game as crafting didn’t require downtime while you stood by a crafting station. Now you have to go back to the workshop in Protector’s Enclave to collect the results of any gathering or set of crafting orders – not any better than having to stand by a forge or workbench, really. It feels like too dramatic a shift from the old system.

There are several different things I could have put here for the live World of Warcraft game, not least the drastically trimmed skill selection for classes. But, I’ve chosen to focus on a system that has been changed each expansion since Warlords of Draenor and, in my opinion, has gotten worse each time. The last three expansions (WoD, Legion and Battle for Azeroth) have all featured unlockable companion characters that your character chooses to have as an active aid in the zones for that expansion. It’s actually pretty similar in basic concept to the system used in Neverwinter (or SWTOR to name one other MMORPG) for a bit of extra help when out questing solo. 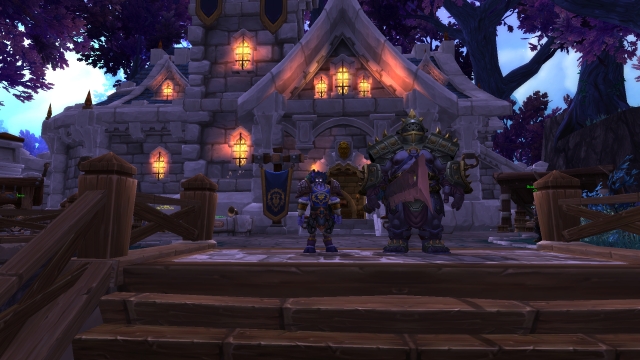 My problem with the system as it has been iterated is the ever-decreasing choice of which follower to use. In Draenor, it was nice you could chose a follower that balanced with your character’s class and role: pick a tanky follower for your squishy mage or warlock, a rogue or hunter to help your healer kill things quicker, or perhaps a healer to keep your warrior healed up. In Legion, the followers were all of the same class as your character since they were tied to the class hall system; this made for a distinct lack of ability variety. In Battle for Azeroth, they are well known NPC heroes of your faction. That gives a bit more variety but there are very few of them to unlock and they’re locked behind progression of the War Campaign. 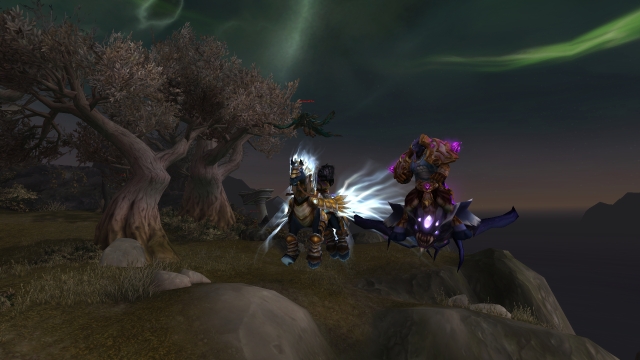 For me the Warlords of Draenor system was, by far, the best. You had a variety of types of unlock for followers – some in the Garrison storyline, but most were found out in the zones. Some were very easy to recruit, others required a quest or some more effort. They were flavourful and varied compared to the lacklustre and rather meagre selection in each expansion since. Maybe I just like collecting things, but having a wide choice of possible companion really appeals to me (it’s something I love about Neverwinter). WoW has gotten worse with each iteration of this system, from this perspective.

The dreaded introduction of the ‘personal story instance’ in later expansions of Star Wars the Old Republic has had a rather negative impact on my desire to play the game. The biggest failing of the “Knights” expansions wasn’t the shift to heavy-story focus for content, it was the heavy use of mandatory solo sections. 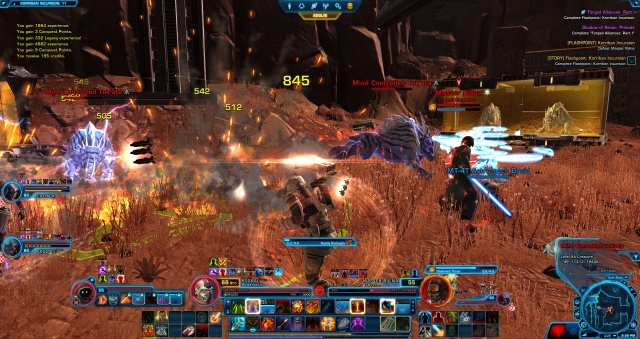 The thing is if the next expansion added purely group-friendly story missions, there would still be a massive block of content (all of Knights of the Fallen Empire and Knights of the Eternal Throne) that I can’t play with friends. Yes, I’m probably in a small minority of players, but the game set itself up originally as a very group-friendly game with its wonderful group conversation system. As we progressed through the Shadow of Revan expansion late last year, we started facing solo-only ‘personal’ instances and it really killed our then renewed enthusiasm for the game. I’ve mostly played this game as part of a levelling trio, at least in recent years. So, it was very frustrating to have to play instances alone in parallel. If one person wiped or got stuck, it meant waiting around without any way to help one another. 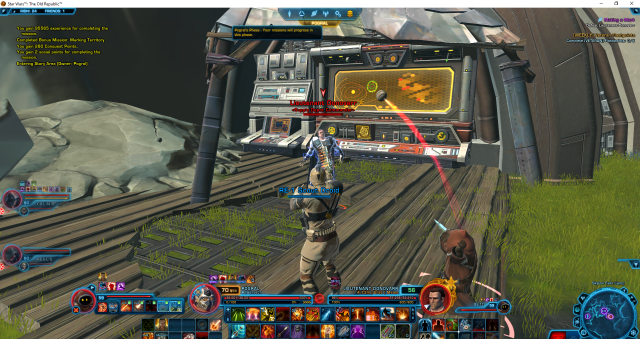 I’m sure the argument would be made in response that it is necessary for hero-centric storytelling, but honestly I don’t care. Guild Wars 2 does group questing very well: regardless of who owns the instance, everyone gets to progress the story at the end. I could happily play through the whole of KotFE or KotET as a spectator to someone else’s story if I was able to actively help them in all the instances and could get credit for having played it. I still want to get some rewards for playing all that content mind, even if its not my character in the cut-scenes. I would be so happy if all these later expansions were fixed to allow for proper small-group play once more, even if the cinematics weren’t adjusted to properly accommodate this in the visual way older content always did.

What would you rewind system-change wise if you had the chance?

This entry was posted in MMORPG, Neverwinter, SWTOR, World of Warcraft. Bookmark the permalink.