I wrote recently on how much I like little details in the MMORPGs that I play; yesterday while playing World of Warcraft Classic, I was reminded just how much there is in the background that a player can easily miss. 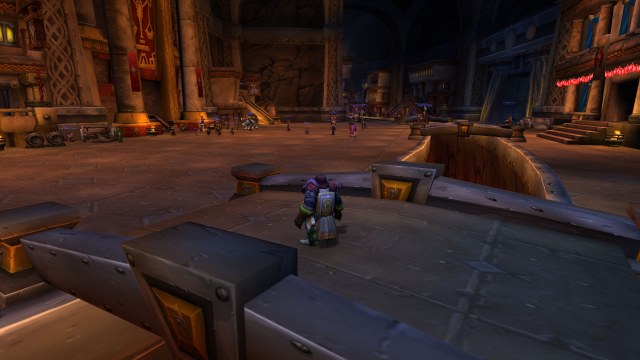 The default viewing angle can miss a lot…

I’ve found the adage “always remember to look up” to be very true: if you live somewhere relatively urban especially. If you never look up when you’re walking around, you can miss a lot of detail. Architects tend, or at least tended, to build interesting stuff above ground level. This can be equally true in World of Warcraft (or any MMORPG). I’ve often looked up in a dungeon and been surprised by something unusual, or occasionally spectacular, on the ceiling or roof above. Flying around to do some gathering last night, I saw a few things that are easy to miss but worth spending a moment to take in.

Starting with a big one, in Loch Modan, the giant dam’s best feature (its carved faces) are hidden from the zone itself. You have to run up to the far eastern end of Wetlands to see it, and I imagine from the ground it’s not very distinct unless you have viewing distance set up to max, but from a griffin-taxi as you fly to Arathi from Ironforge you are treated with an amazing view of this artificial ‘wonder of Azeroth’ – if, you bother to look behind you as you fly. It would be very easy, and natural, to keep looking forward (or go on a break) while flying and miss this entirely. 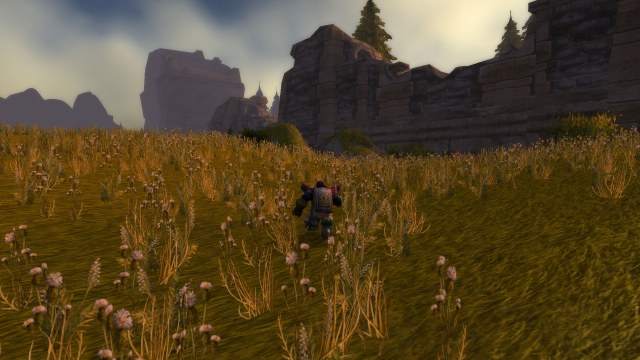 I chose to go to Arathi to mine Iron, mostly a good idea although there are some pockets where the spiders or dinosaurs are a bit thick for my poor Holy-spec Paladin to make headway without running away constantly. His time-to-kill solo is terrible. In running rough loops around the zone I came across the shattered segments of Thoradin’s Wall that lines the western edge of the zone. It’s a very impressive monument to humanity’s fallen glory, or to most players no doubt, just something to pass-by barely noticed as you run towards Undercity or Scarlet Monastery. 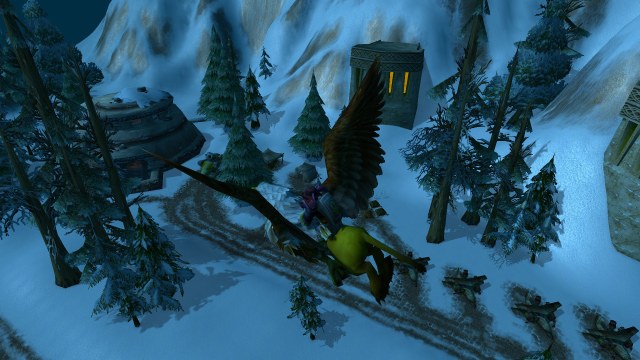 Where are the breaks on this thing!?

There are also background details that have little explanation or purpose in game, especially on flight paths. The Ironforge Airfield is one you pass over on the way to Menethil from that city, but cannot get to without a lot of edge-running or some engineering trickery. I’ve lost count of the number of times I gazed longingly at it from up-high on my griffon; flying over it yesterday reminded me how mysterious the world seemed because there were areas that were ill-explained or hard to reach. Over the years some have been fleshed out, including entire zones that filled gaps in the map (e.g. the Twilight Highlands). The Cataclysm revamp swept away a lot of these old details, or gave quests to replace what was a blank canvas for others.

That isn’t to say I want the game world to stay unchanged, or that filling in the blanks is a bad thing. I really loved when gaps in the map became actual zones to explore later in the game’s life – it was thrilling to delve into secrets hinted at in quest text or item descriptions. Playing Classic now is bittersweet to me. It reminds me of great memories and feelings, but it cannot undo my memories of playing the game in-between, or of learning what these details mean. As an experienced-focused player, I yearn for new things to do much more than nostalgia.