As always happens when I’m deep into a particular MMORPG, the temptation to create “just one more alt” reared its ugly head recently. I was watching my husband make his new vulpera character in World of Warcraft, whilst also switching between my own characters in Everquest 2 to set mount and mercenary training going. I then noticed an alt I’d created over the summer that I hadn’t yet played at all, a ratonga Ranger. 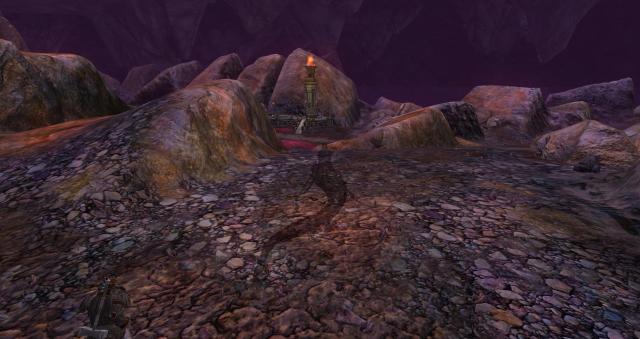 I’ve not played a ratonga anything yet in Everquest 2, but the diminutive rat-folk seem very popular on the blogosphere, and likewise in game – I see a lot of ratonga characters of various classes when doing public events.

I was reminded that this character was created, and more recently insta-dinged to 100, with a specific purpose in mind. To date I’ve played my human Inquisitor as my dominant ‘main’ character. I have had phases of playing an sarnak Shadowknight as well. That gives me a healer and a tank character as my two most played characters. I do love to play a healer, and a self-healing tank can be a joy to game with as well.

Tanking, even on public events, can be stressful

However, I went into 2020 wanting to get some more group play done in this game in particular. I do not make New Year’s resolutions, so I’ll not call it that, exactly. In any case I would like to get some more group experience under the belt. The big concern there is that my two highest characters are a healer and tank, both key roles in any group. Having an inexperienced damage dealer is one thing in a dungeon; having a newbie healer or tank quite another. Since I don’t want to be too much of a drag on any random (or guild) group that I join in future, I had the idea that having a new dps-only class to play would make the most sense. Rather than just create whatever I most fancied playing at the time, I made a more considered, strategic choice of what to pick.

I actually rather like the ranger / hunter archetype, even though it’s not been my traditional go-to class. I’ve been having some fun playing a hunter in WoW Classic for example, as a dps class with a bit of utility on the side (mostly the traps). I’m not done levelling my main in Luclin yet on the tradeskill timeline, but he’s about 85% of the way through, so not far off finishing. I think it’ll be time to switch characters after that, maybe to break out the ratonga for some adventure timeline fun. By all accounts this expansion makes catching those alts up to the cap easier than ever. Perhaps this’ll finally be the expansion where I can get my group-groove on in EQ2?

This entry was posted in EQ2, MMORPG. Bookmark the permalink.