Although it’s old news for most, since returning to World of Warcraft I’ve been ticking boxes on things that I’ve not yet done in 8.2 and 8.25 content. Rep grinding for Nazjatar and Mechagon was a necessary step to unlock flying in this expansion, plus there are some quest chains that require specific unlocks as well. 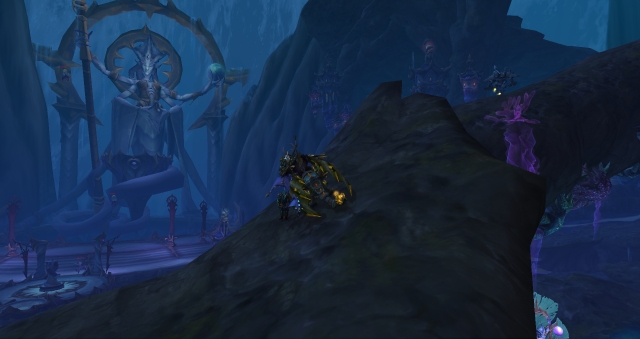 Thus Husband took me through the Raid Finder version of the Eternal Palace raid to defeat Azshara for quest completion. That first run was ok, which is about all I can ever say for Raid Finder (or LFR as it’s also known) – I just don’t like raiding in any game, and despite the relative ease of the content, playing alongside such a large random group imposes its own stresses. 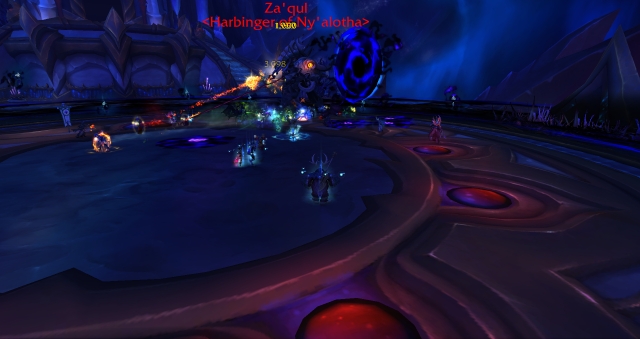 Sadly we’d not quite finished a particular storyline in Nazjatar, which ended with us needing to kill Azshara – so barely a day after we’d done the fight we had to do it (and the preceeding boss as that wing is 2-boss fights) again. The second run was a lot less smooth, naturally, we defeated the first boss easier but then the group collapsed and the LFR system decided to not bother refilling our almost full raid for a.g.e.s. The group just gradually dwindled until only three of us were left.  After what seemed like ages our group was merged into another to progress onwards: all in all it was about 2 hours worth to get the Azshara kill, most of that was frustrating waiting around not actual fighting. Can anyone give a good reason why raids are necessary for story progression in this day and age?

It was worth doing though as that has unlocked the ‘Black Prince’ quest chain with some interesting tie-ins to earlier zones and content.

There are also some really nicely written in-game books to read for extra lore on this character and background info on wider events. This kind of content really appeals to me, I love the chance to learn some more about the history of the virtual world I’m playing in.

It’s great to be able to fly again, I don’t always miss flying when it’s not available but I do certainly appreciate it when I can use it!

1 Response to Some catching up #Worldofwarcraft