For this third International Picture Posting Month blogpost, I’ll focus on images of ruins. I’ve always been an amateur history buff, although I’ve never studied history to any great depth, I have always been fascinated by antiquity. Some of my earliest childhood memories are of reading everything I could find in the school library about the Saxons, Romans and Aztecs (among others).

An aspect of this in adulthood is my love of visiting old castles, forts and the like. One of my favourite regions is the Mediterranean Sea and the lands surrounding it: they are stuffed full of the ruins of Greek, Roman and other civilisations.

In MMORPGs ruins feature often as dangerous places to explore as well as the placeholders of earlier peoples or as signs of a current society in decay. 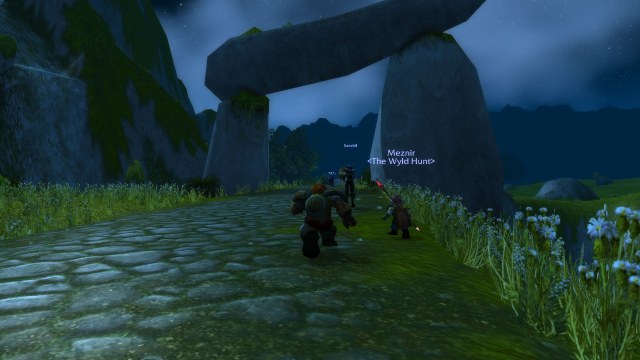 We most recently ran our dungeon group from Menethil Harbour to Silverpine Forest to unlock some flight points and take a first stab at Shadowfang Keep. Passing into Arathi over the massive bridge of the part-ruined Thandol Span you are immediately confronted by something much older, a weird menhir-like gate. Who put this here? There’s more as you go deeper in the zone, all adding to a sense of the zone have a long and troubled past.

What’s better than a ruined tower – a ruined tower that’s been blown up but also frozen in mid-break up that’s what! This ruin in the Shattered Seas zone is a striking landmark and also a puzzle that is explained by the story as you progress through the zone. 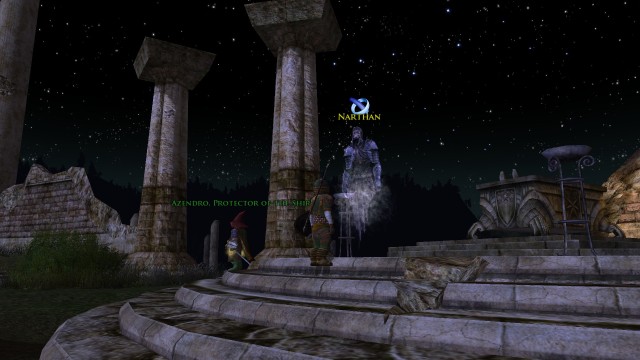 In my most recent sessions in Middle Earth I’ve been (re)exploring the south east corner of the Lone-Lands with my husband’s Minstrel. The ruins of Ost Haer are a center-point for the questing here – the ancient and sad remains of a once great human kingdom bought low by treachery. You uncover this sad tale by interacting with the ghosts of the former residents. 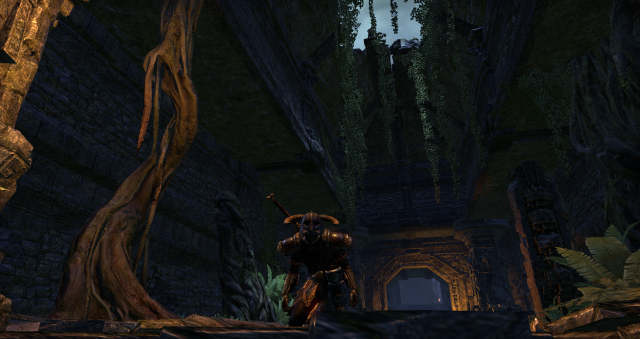 I do love a good stepped pyramid, so the Murkmire zone in Elder Scrolls Online is a particular favourite of mine. The aztec-inspired architecture of the game’s Argonian lizard-people is right up my street aesthetically.

If you want to see ruins writ large, then the planet of Taris in Star Wars the Old Republic is hard to beat. The entire planet is chock full of the ruins of a once thriving planet-wide city. I never tire of playing through this particular set of zones when I level a new character in the game as the ruins are explorable and many-layered.

This entry was posted in EQ2, ESO, LotRO, MMORPG, World of Warcraft. Bookmark the permalink.