Zones that are a pain to traverse

If you read many of the blogs covering World of Warcraft Classic you’d think that making zones a pain to traverse is a good way to motivate play. From what I’ve played so far time spent running back and forth is not to be dismissed, especially if you miscalculate on the order to do activities or when to use (or not use) your hearthstone.

I’d say a similar issue exists in the modern game in each expansion or major content patch – we get new zones and cannot fly there until the latest version of the Pathfinder achievement is unlocked and completed. I’m used to playing Retail with my husband who has flying unlocked already so the difficulty of traversing Nazjatar only sank home when I took a turn at leading a family member around this zone myself.

Nazjatar is a beautiful zone replete with details and different sections to explore. It is also a royal pain to travel around on the ground. Like several recent zones there’s a lot of verticality which has two effects: firstly it makes travelling down quickly potentially hazardous (death by fall or by the mobs you land on), and it presents you with many higher-elevation areas that are not so obvious to reach. 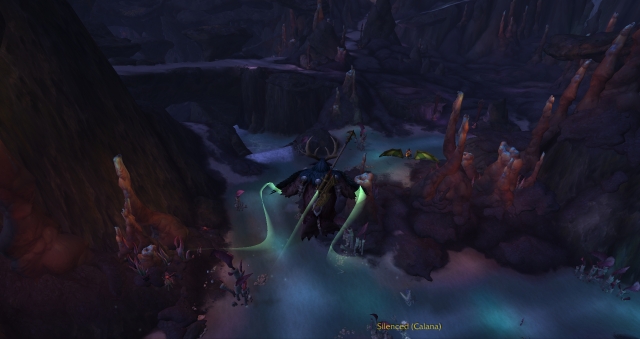 Getting down is easier than back up

I guess Blizzard’s goal since Warlords of Draenor has been to force players to play “old school” for the first segment of an expansion or content-cycle. The grind to achieve Pathfinder once it is unlocked is content for some as well. I’ve written before about Highmountain in Legion: it’s  a visually impressive zone, and one that allowed characters to make the most of the zone-specific or new for that expansion abilities for easier movement around zones. But it was still enormous and so very vertical that it was more time-consuming to quest there.

I suppose some would say that players being able to dive-bomb content is bad for the game as it could trivialise zone traversal. As I’ve been playing Everquest 2 over the summer, I generally disagree with that design philosophy. There seems good reasons in EQ2 to be on the ground even though I can fly almost everywhere on my high level characters. I even ride around on the ground between things that are close – it just feels natural to me. 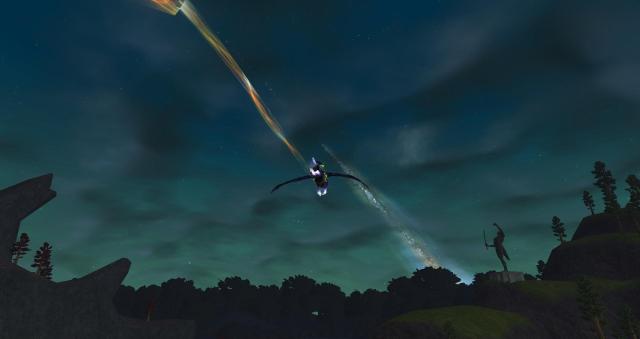 I think Legion managed the fine balance between interesting and annoying landscapes better. Well maybe the Broken Isles wasn’t so great, but I really liked the starting zones of the expansion and the host of movement abilities and items that were introduced added a lot of fun. They also compensated somewhat for the lack of flying. In Battle for Azeroth there’s been less attention to detail, if I’d not had my husband’s characters with multi-person mounts (and the rideable dragon flight-form) I’d have not played anywhere near as much of this expansion.

WoW Classic has turned the clock back to endless running and mount scarcity without offering many compelling alternatives. That’s understandable since it’s a simulation of the elder game, but for me in 2019 it’s not my preferred gameplay style, give me the skies of Norrath any day.

This entry was posted in EQ2, MMORPG, World of Warcraft. Bookmark the permalink.

3 Responses to Zones that are a pain to traverse