The trust mechanic in FFXIV

I read with some interest of the new ‘trust’ mechanic in Final Fantasy 14 via my blogroll. I agree with Bhagpuss that it sounds like a step in the right direction if not the perfect solution already. The game’s insistence on grouping while levelling through the Main Scenario Quest (the core story) has been a real bone of contention since the A Realm Reborn relaunch of the game. Runs when we have sporadically played are usually not too fraught for what are essentially pick-up groups (PUGs), but equally they are often silent and always at breakneck speed.

Repeating a dungeon or trial in this way isn’t that big a deal, indeed most of the more veteran players are doing just that for alt jobs or some kind of repeatable content reward. Experiencing either for the first time in such a group however, is painful in my view – you rarely absorb what is going on in fights, and are often the one lagging behind or missing boss mechanics. 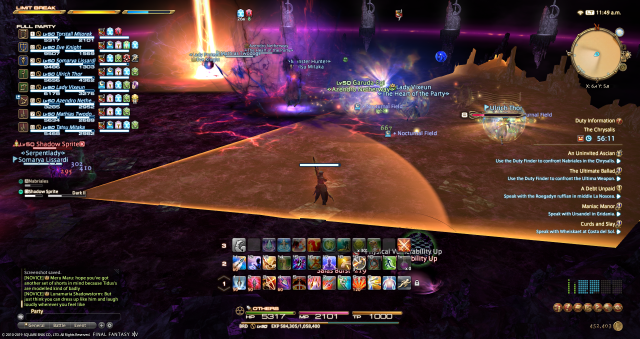 So the trust mechanic as a NPCs fill the party up concept is really nice, it will mean players can experience (entirely optionally) MSQ dungeons with slightly less zergy companions for that all important story-mode run through – I hope the NPCs won’t moan at you to ‘skip video’ in chat?

I’m not playing or following FFXIV at the moment as there are too many MMORPGs and too little gaming hours, but we did return to the game not so long ago for another free playtime period and it remains an utterly beautiful and charming game. The forced grouping is one of the points most putting husband and I off from playing it more regularly. 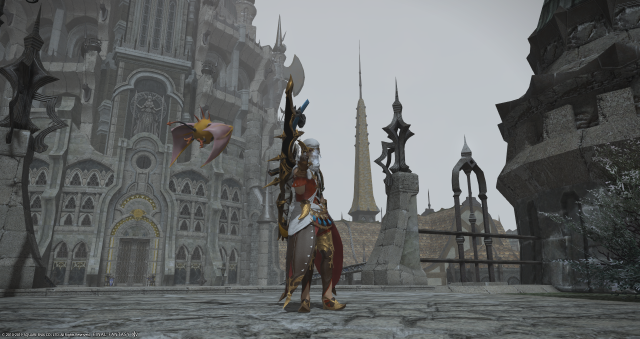 Were the ‘trust’ mechanism to be extended to all the MSQ dungeons, trials and raids for earlier expansions (we’ve barely just entered into Heavensward) – then I daresay we might be back there soon. However, this isn’t just about standardising the system across the whole game. Much more importantly I’d want the system to support duo players, not just soloers, also – have it fill up the party with appropriate-role NPCs for existing premade groups: so our healer+DPS duo would receive a tank and another DPS NPC to accompany us. That version of the ‘trust’ system could well tip the balance for me.

This entry was posted in FFXIV, MMORPG. Bookmark the permalink.

5 Responses to The trust mechanic in FFXIV