In recent sessions I’ve completed three proper quests/instances in DDO’s Mists of Ravenloft expansion. I still have a lot of exploring to do in the area around the Village of Barovia. 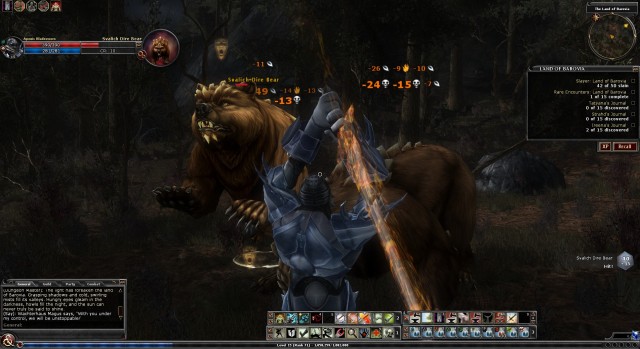 So far I’ve focused on fighting monsters and any rare encounters or gathering story fragments only en route to a specific dungeon – there’s a lot of spaces between that I haven’t mapped yet. 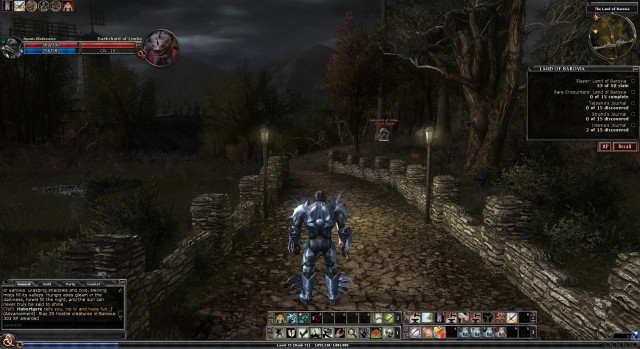 The second major quest I completed (after the fun, short dungeon Death House), was Fresh-baked Dreams. This was a grisly and atmospheric outdoor quest; the windmill and its residents, the forest and its wildlife all build up the tension nicely. 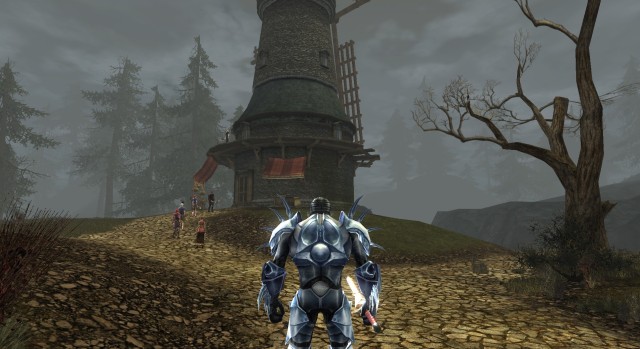 After some exploration and quite a few different encounters there a challenging end-fight, at this point my character’s lack of range (other than some throwing daggers) came up as a potential issue. Some judicious corner-pulling and use of cover helped me get through that tactical situation. Otherwise the lack of energy resist spells or items also became apparent, as a Paladin he can memorise resist energy. After completing this adventure I used the always-handy shared bank to transfer some resistance and curative potions to him for quick-reactions to situations in future.

The most recent adventure that I’ve completed, An Invitation to Dinner, made me feel more directly involved with the expansion’s storyline. Already my character found himself invited by Baron Strahd himself to the Castle Ravenloft! This longer dungeon was a real treat; complex in layout and with a lot of layered goals, but manageable by following the clues and maps provided. 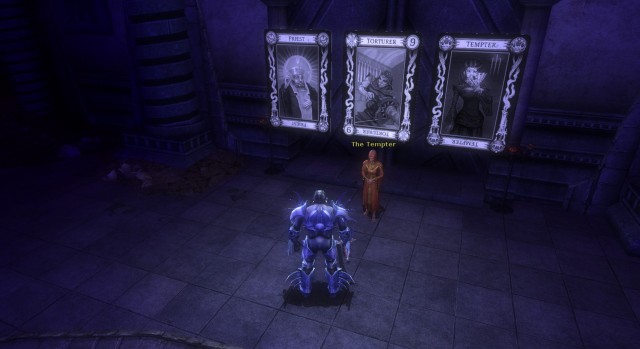 Apparently there are variable elements to runs in this expansive castle, a fortune-teller gives you three cards at the entrance – each representing a randomised goal. Thereafter I wondered the halls, fighting or negotiating with the denizens of Strahd’s home. I particularly appreciated the opportunities to interact with interesting characters in the castle, it’s not just a non-stop slog through undead minions.

Not every encounter is a combat

The fights were varied and mostly pretty easy, I did playthrough on normal since I’m soloing and exploring for the first time. Having the aforementioned resistance potions and cure items did help in a few situations, when facing poison attacks for instance. Overall my Paladin does seem a bit of a combat beast, I’m happy with how he handles in solo combat even against groups of enemies. He has a *lot* of self-healing and buffs. I could definitely do with a ghost touch weapon or similar however, incorporeal undead (e.g. wraiths) take a lot longer to kill when the bulk of my weapon’s damage was being ignored.

One of the tougher fights…

Finishing the dungeon, I have leads to follow elsewhere in the expansion’s zones, but I imagine I’ll be returning to Strahd’s castle again soon!

Shortcut back to village, whee!