This last weekend I found more time than usual to game, and let whim take me to mix-up what I was playing. Often if I’m playing alone I’m happier to leave thoughts of progress and goals aside and to just play.

I played several shortish sessions of Everquest 2, running the repeatable quests for faction rep and doing anything extra to snag the daily login reward (e.g. gather 40 resources). I’ve read that the expansion looks to have a lot of interesting content, so I’m not in the mood to rush this – better to savour it and come back to it regularly than try to blitz through it.

In Dungeons & Dragons Online, I played two different characters on consecutive days. I played my new Bladeforged a chunk more, completing the first dungeon/quest. For a second session though I’d had the idea of swapping characters for a possibly-resurrected leveling trio. My husband expressed the idea of wanting to play his Paladin in the future, and that gave me license to start playing an Artificer again on Thelanis so that he was caught up with the group. So I was back in the Marketplace again having a blast with his metal dog and a noisy but glorious repeating crossbow.

My Bladeforged admires his new greatsword in a mirror

I included a visit to the Cerulean Hills, a simply stunning wilderness area, just for the contrast with the usual sewers and catacombs of the Harbour/Marketplace areas. In the wide open spaces, and with the frequent advantage of higher ground, this character destroyed the challenges of the area without breaking a sweat. 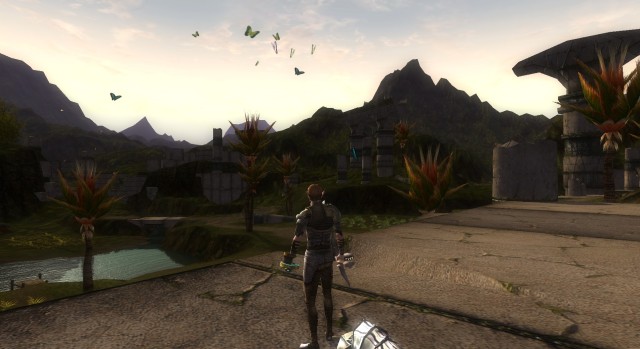 To round off the weekend I also played a single more lengthy session of Neverwinter. My Hunter Ranger was a bit stuck gear-wise, on about 6000 item level, but well short of the 10,000 or so needed to attempt the new Chult jungle content. I did some Underdark content, including some Maze Engine quests and the Prophecy of Madness skirmish. 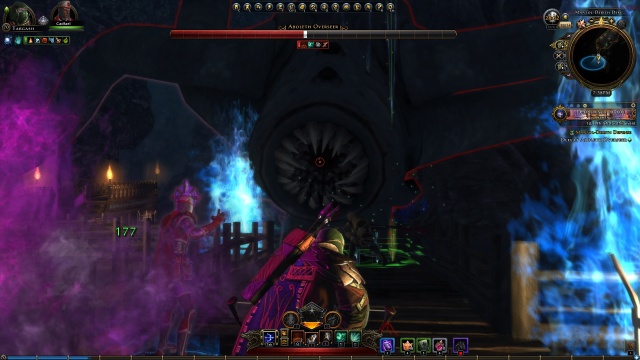 After that I fancied a change of location and opponent. Helpfully I had a repeatable quest to kill demonic invaders in one of several zones – Icewind Pass for instance. I hadn’t stepped into this zone for quite some time, but do know the quest chain and zone’s content pretty well from previous play-throughs.

In all this level cap content my character feels a bit like a ‘glass-cannon’, very vulnerable if he gets caught for too long by enemies. So I’m finding the outdoor content, like that in Icewind Pass, more enjoyable as a means to finding gear upgrades. Other players are always around in these zones so I can find others taking on mobs or heroic encounters and join in to get my own quests completed.

This entry was posted in DDO, EQ2, MMORPG, Neverwinter. Bookmark the permalink.