Diablo 3
Today I downloaded the installer for Diablo 3 and brought it home from work to copy onto my gaming machine. You can’t install it yet, but hopefully other than some minor patching it’ll be a quick launch into the game when it goes live.

Diablo 3 certainly is raising very mixed views from the blogosphere:

I will get Diablo 3 as the sweetener on the oh so bad value WoW annual sub. So I’ll play it just to try and wring some kind of value for money out of a sub I am no longer making any use of. I doubt it’ll grab us the same way Diablo 1 did, that was the first game I could play on LAN with my partner – it was such a revelation to play cooperatively on separate computers with a full screen display each. It was fast and furious and addictive. But times have changed a lot and it looks like Diablo 3 hasn’t kept up with the times. Well, I’ll see in May how that one pans out.

WoW Beta
I have beta access and have so far leveled a panda monk to 11, and have just finished the panda start area with a friend this last weekend. 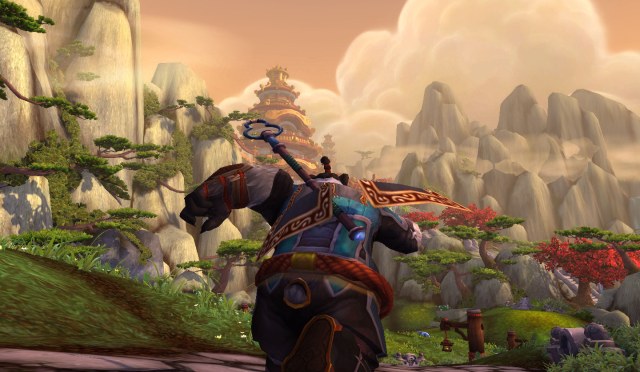 Now for the bad stuff:

I sincerely doubt I’ll love monk so much that I can get past what they’ve done with the classes changes. Also with only 5 levels of new high level content it’ll be the same as Cataclysm – be rollercoaster rushed through the leveling quests solo (no point grouping for anything as it’s LOL easy) and then dungeon/heroic/raid treadmill. Sorry that’s not for me again in WoW.

You know if Blizzard had only gone with Mists full on, and produced an entirely new leveling path in a larger continent of Pandaria – so you could level from 1-80 or even 1-85 in the asian setting I would probably have forgiven them and carried on playing. They could have saved so much wasted development time by not messing yet again with talents, with the attendant class rebalancing, with redoing again the glyph system and adding PokeWoW and concentrated for once on the actual game we all fell in love with all those years ago – you know the World of Warcraft?

^I realise that you could level the same criticism at SWTOR or even at Vanguard but both those games beat WoW for immersion and the fact that not all content is laughably easy to solo.

4 Responses to Diablo 3 and WoW